Pegasus Airlines 4 Boeing 737-800 NG have gone back to Turkey after completion of their wet lease tenure. And PIA has decided about the latest wet lease tender for narrow bodies. As many as 06 planes were offered by 2 airlines for April May 2017 tender that sought narrow body planes for PIA. 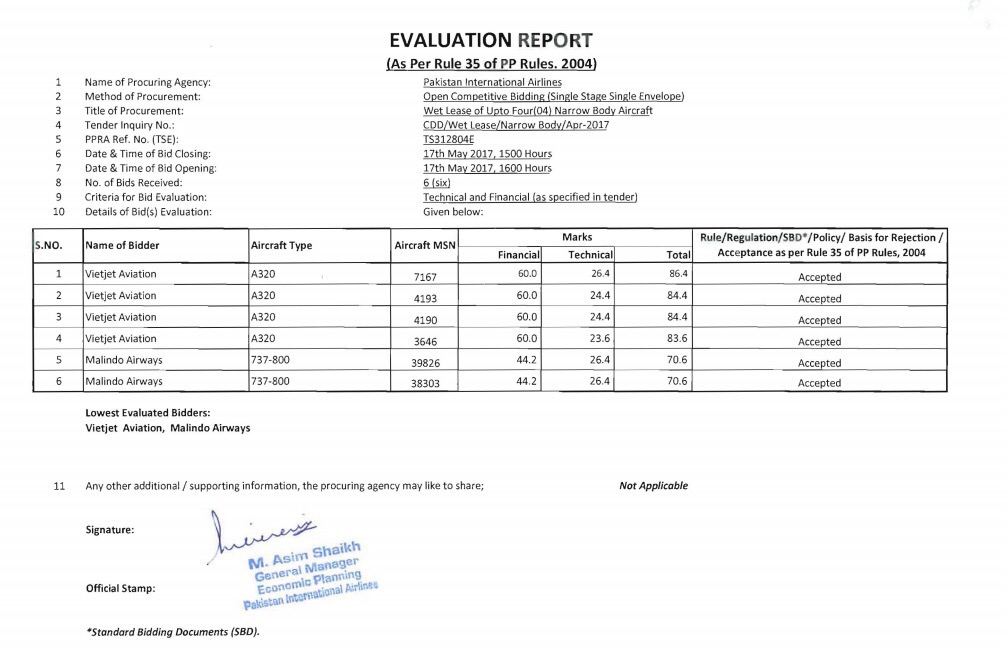 It is highly possible that PIA might go for 2 A320s of Vietjet Air because it currently flies Airbus A320s as its main narrow body fleet option. These aircrafts are sought for 3 months but there is an option to extend the lease to further 3 months.