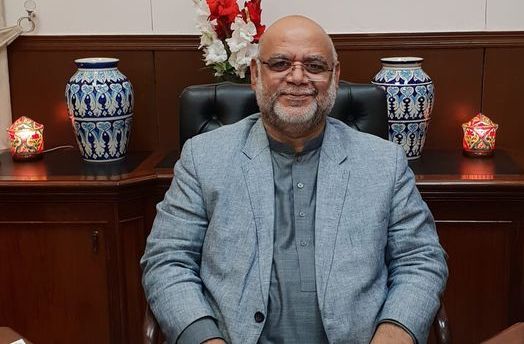 Government of Pakistan has transferred Secretary Aviation Hasan Nasir Jamy to privatization division and appointed Shokat Ali a grade 22 bureaucrat as new secretary Aviation. Shokat Ali is currently working with the Punjab government. He was promoted to grade 22 in August this year. He has done master in Public Policy, Government and Economics from Crawford School of Government and Economics, ANU. He also has a master degree from Punjab University in political science and government.

His LinkedIn profile claims that he has worked as Secretary to the Provincial Governments in Punjab and Balochistan. Besides he has worked in District administration as Deputy Commissioner as well as DCO in KPK, Balochistan and Punjab Provinces. Also served as Commissioner Sargodha Division in Punjab for nearly two years. As secretary, held charge of Health and Home Departments in Balochistan, Transport and Finance in Punjab.
Main areas of interest are public management including Finance. Currently, working as Finance Secretary in the Government of Punjab.

Hassan Nasir Jamy joined Aviation division in December 2019 as secretary. Before joining the Aviation Division he worked as the Secretary, Climate Change Division and in the Petroleum and Water & Power Divisions in various capacities. He has also served Government of Punjab as Secretary, Local Government.

He did his MBA from Quaid-i-Azam University, Islamabad in 1987. Later on, he also completed his MA in Rural Development from University of Sussex, UK (1995-96) and the Hubert H. Humphrey Fellowship Program (in Public Policy) from the University of North Carolina, USA (2003-04).
He claims to have more than 30 years of work experience in administration and project management in a variety of core disciplines in the public sector. Exposure in policy planning and implementation, local governance structures and reforms, service delivery mechanisms and establishment of performance evaluation systems are some of his areas of strength.