An Indian airliner of IndiGo airline en route from Sharjah to Hyderabad diverted to Karachi for technical reasons. According to Pakistan Civil Aviation, the plane had issues with engine number 2. The aircraft is an Airbus A320 and its registration is VT-IJK operating flight 6E-1406. The aircraft landed safely with no assistance at 0214 local times. The plane is carrying 186 passengers and the captain allowed them to disembark because the airline is sending a replacement aircraft to take the passengers back to India. The aircraft in question took its first flight on 5 July 2019 and it was delivered to IndiGo on July 18, 2019. Both aircraft VT-IZO with passengers and the aircraft with engine issue VT-IJK have left for Ahmedabad, India.

IndiGo sent another Airbus A320 registration VT-IZO operating flight 6E9001 arrived at Karachi airport to take passengers. This is the second such incident involving an Indian airline just in a week’s time. On July 5, a Spice Jet’s Boeing 737-800 MAX going to Dubai was diverted to Karachi due to a malfunctioning indicator light. 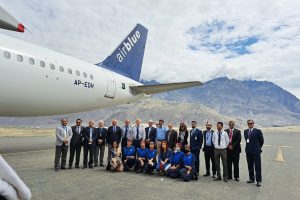 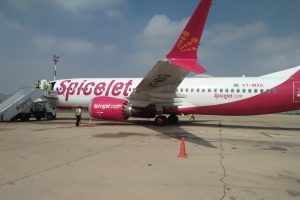