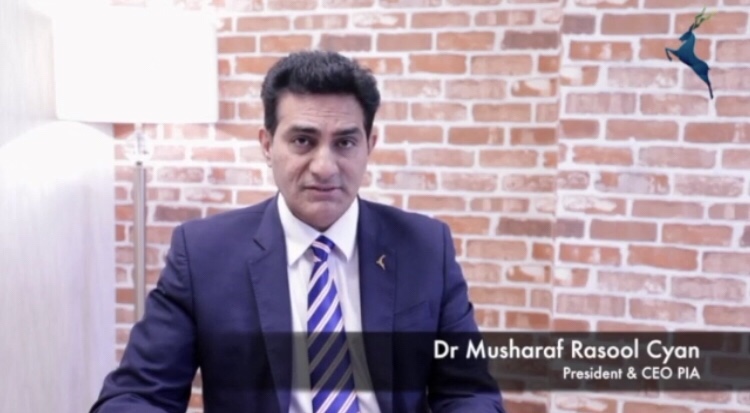 Pakistan international airlines has issued legal notice to three TV Channels under Section 8 of the Defamation Ordinance 2002, and Pakistan Penal Code 1860 in response to the false, libellous and defamatory statements published/aired/telecasted through news programmes and consequently, news publications.The legal notice issued on June 1, 2018 stats that the news programme shared false and unverified news about the credentials of the CEO PIACL and restrictions on his travel abroad, “with malafide and ulterior motives of attacking, inter alia, his integrity and character with the knowledge and purpose that if made the same would cause irreparable harm and damage to his reputation.”

PIA has already instructed their legal counsels to invoke remedies available under PEMRA Ordinance 2002 against the news channels acting against the law and terms of their licenses.

The legal notice outlined the facts that the CEO, PIACL, Dr Cyan was appointed as CEO in accordance with the law, following a rigorous screening process. His PhD in Economics from Georgia State University (one of the leading institution in the World) and MSc in Development Management from University College London, which covered the aviation industry as well, along with his extensive unblemished professional career abroad and in Pakistan, equip him with the academic and professional credentials to serve as CEO PIACL.

Furthermore, contrary to the fabricated news released by the channel, there is no restriction by Supreme Court on the travel of Dr. Cyan abroad, and the travel plan to Australia was to attend the IATA Annual General Meeting Summit in Sydney. The meeting is attended by all airline CEOs and PIA is one of its oldest members. The tickets issued to him and his family are strictly in accordance to the travel entitlement available to the CEO PIA under the applicable Interline Tickets as per IATA Resolution 788. Since PIA does not fly to Australia, therefore, the ticket issued on an Interline Partner Airline.

The notice stated that certain elements were spreading baseless, false and frivolous propaganda to secure their personal interests by feeding fake news and unfortunately various media were being used as an instrumentality to spread a preposterous vilification campaign against the CEO PIA and consequently the national airline.

The spokesperson said that a lifetime of honesty, integrity and dedication has been tarnished through irresponsible and malicious reporting causing irreparable damage to the reputation of the CEO and the PIA.