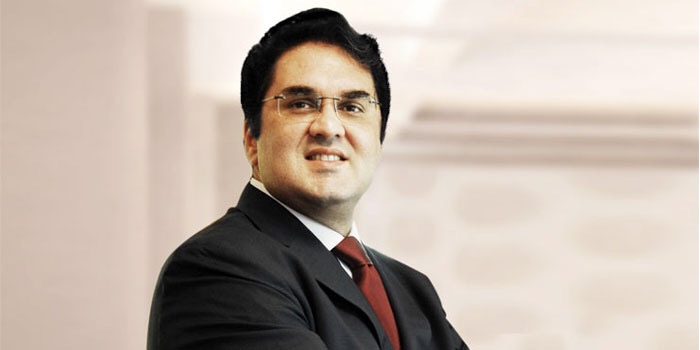 Pakistan International Airline Chief Commercial Officer Bilal Munir Sheikh has resigned from his position. In a post on his Facebook, he mentioned the reasons why he resigned from the position that he took over in July 2017. So in just over a year, he has left the airline. Before joining PIA Bilal Munir Sheikh served as Vice President of Jazz (formerly Mobilink).

In a post on his Facebook, he wrote about his achievements and challenges faced by PIA. He wrote, “it has been an honour serving as the Chief Commercial Officer of the national flag carrier for over one year and four months but it is now time to bid farewell.”

During this time the airline took many first steps towards turning around but the task is huge and it is a journey of at least 4 years without getting side-tracked or distracted.

I remain indebted to the Government of Pakistan for having placed trust in me and feel satisfied with my contributions despite the strong resistance. I came here with the hope and the firm belief that a turnaround could be done. With the new leadership under Air Marshal Arshad Malik, I am confident it will be achieved. He is extremely capable and supported by the system, which is critical.

There were many successes and even more learning’s. A complete revamping of the sales organization was carried out, the focus was placed on revenue management, route rationalization, modernizing cargo division, the creation of an analytics division, the focus was placed on high yield routes, fixing broken routes and suspending continuously loss generating routes. Sales have increased by 25%, passenger revenues by 10 % and cargo revenue by 30% in one year. Average yield increased by 9% despite less aircraft. We developed real-time reporting tools for revenue management performance, conducted systematic routes rationalization exercises and optimized network accordingly – going forward this needs to be done dispassionately and without sentiments. Only on Commercial considerations not political or by pressure groups. Identification of new potential routes with feasibilities for expansion was identified and we started developing mechanisms to evaluate code-shares and alliances. We expanded sales network through alternative channels & virtual agents network. Progressed legal review of faulty GSA contracts and GDS contracts and the likely timelines of mitigating their effects on PIA revenues. Shifted the passenger reservation system from Sabre to HITIT. Sabre was in a contract where the average unit price goes up with volume, possibly the only such contract in the world! It took a team of lawyers to dismantle it.

Perhaps the most satisfying part was the identification of top talent from Commercial. Assigned the best younger PIA officers as Country Manager’s to foreign stations but there is a stay order against this unfortunately by Sindh High Court. Developed a mechanism to manage distribution expenses and build control measures. We also defined a future sales distribution strategy (online versus traditional sales channels). Taking social media following from a negligible presence & following to one of the most followed brands of Pakistan. Commenced work on ancillary revenues after HITIT. Turned around the domestic sector of PIA to profitability after decades of losses. This transformation must go on.

The PIA team will always have my prayers and my best wishes. May it continue to fly high with the beautiful flag on the plane ??

Bilal is a well-known name in the telecom sector and in July 2017 we wrote that “even though Bilal’s senior position still it is not guaranteed he will have better chances to prevail against the PIA mafias. With a very recent example of German COO and acting CEO, the mafias within PIA are fully capable of taking a person to cleaners. In an added challenge there is a new PIA board in the making and who knows if we get a new chairman who has his own horses in the race.”