With the advent of PTI forming the government and the change in the bureaucratic guard shifting, the environment at Islamabad is rife for deception, mistrust, and intrigue. Much time, effort, and resources are wasted in our lesser brothers trying to consolidate power and influence especially with a Prime Minister at the helm who is pleased much easily by flattery alone or sagas of his feats from bygone days. And then there is the civil-military divide engaged in a tug of war to show each other down in a futile race to please.

Suspense, mystery and thriller writers understand deception weaves well, deeply embedded in their stories. The writer takes masterful steps to ensure characters and often the reader are deceived into believing something that isn’t true.

Lies take prominence. Trickery is king. A clever, wicked or sinister scheme rules the game. The sense of a higher purpose or the struggle for the greater good is all but being overshadowed by the pettiness of it all. National causes and services falling prey to small egoistic battles for upmanship. Smaller men with bigger wallets or with the power of the chair coupled with the mastery of manipulation, trying to buy influence in a regime that seems to be clueless.

While the rest of the nation pondered in absolute bewilderment, fake or dubious later suspected to be dubious pilot license matters, trying to make sense of it all and whether the issue had links with the very sorry air crash incident, or what was the actual purpose of clubbing them together, getting the national carrier banned from its key routes in the process, Aviation Division paper-pushers saw it as an opportunity and discretely dismounted and disarmed a three-star general from Pakistan Air Force holding the portfolio of CEO PIA while still donning a blue uniform. Evidently, a punishment of sorts for hitting hard at them in the aftermath of the crash and trying to show assertiveness and independence in running the affairs of the ailing airline.

With all the chaos and confusion, a beautifully timed gambit, Air Marshal Arshad M. Malik suddenly retires from Pakistan Air Force who had been notified in only April last year to continue on secondment or deputation for three years. Additionally the government guaranteed none other than the Chief Justice of Pakistan that his continuity in uniform is critical for the hard hitting reforms he is undertaking and that he will not be called back to service till he completes his term in PIA.

What happened? With one masterstroke, a person holding three big portfolios in Aviation Division moved a surprising summary, amazingly pushed into the agenda of the next day cabinet meeting through his batch mate running the biggest office in the country, innocently suggesting that with an amazing performance of the current CEO PIA, he should be retained after his retirement due on July 19, 2020, while naively ignoring to mention the last cabinet approval and notification in this regard. The cabinet focused more on the pilots’ issue update surfed through the agenda item without any consideration or looking into the history of the appointment or legal aspects of it. And with that, the uniform equation was removed, taking even the CEO PIA and other aviation commentators by surprise.

The Air Marshal loses his stars and the formal support of an institution backing him up, left to the mercy of sly, self-centred, status quo loving bureaucrats. And a fundamentally flawed government that is incubating rather breeding a culture of incompetence, influenced much by dual national Special Assistants and Advisors, distanced from reality, dwelling only in the realms of social media and devoid of practicality.

Meanwhile, the powerful unions and associations in PIA rejoiced the notification, amassing support from their constituencies to get into another series of legal rambling, gathering up donations from their members and god fathers in the political arena, against the management of the deeply troubled National Flag Carrier, which has taken a serious toll on its commercial viability due to the COVID-19 pandemic and the recent spate of bans from the European Union and the United States.

Touché Captain, touché indeed, accountability is easier said than done. You may have the will but do you have the skill and the resources left to battle it out till the very end or it’s logical conclusion. 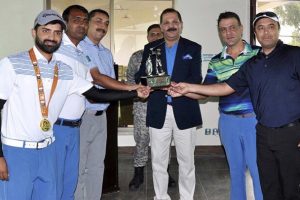 PIA is hiring, but only serving airforce officers