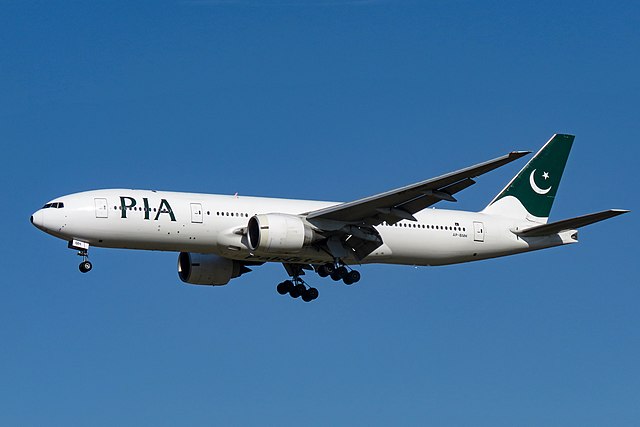 A Pakistan International Airlines aircraft has been held back by a local court in Malaysia taking one-sided decision pertaining to a legal dispute between PIA and another party pending in a UK court. The aircraft with registration AP-BMH is an ex Vietnam Airline plane that was leased from Irish leasing giant Aercap. PIA leased this aircraft through Peregrine Aviation a company based out of Dubai. The company president is Mr Krishn Anand Tripathi and Captain Anurag Singh is the Managing Director. PIA leased two aircraft through this company.

According to orders passed by the Kuala Lumpur High Court on Thursday seen by Reuters, the plaintiff of the case is Peregrine Aviation Charlie Limited and the matter pertains to two jets leased to PIA by Dublin-based AerCap, the world’s largest aircraft lessor, in 2015. They are part of a portfolio that AerCap sold to Peregrine Aviation Co Ltd, an investment unit of NCB Capital, the brokerage arm of National Commercial Bank SJSC, in 2018. According to the interim injunction, PIA is restrained from moving two aircraft in its fleet – a Boeing 777- 200ER with serial number 32716 and a Boeing 777- 200ER with serial number 32717 – once they have landed or parked at Kuala Lumpur International Airport until a further hearing on the matter later this month.

Peregrine Aviation and PIA are engaged in a legal battle in the UK to settle the issue of around 14 million dollars that are part of the lease agreement. It is important to note that this money is not part of lease payment but other relevant expenses and clauses that are part of the deal. PIA management decided to face the company in the UK but in the meantime, Peregrine Aviation decided to quietly get an ex-parte judgment in Malaysia. PIA sources are claiming that Peregrine Aviation is blackmailing the airline to pay up rather than facing the issue in court. PIA spokesperson also said in a statement that the decision was taken over the weekend to have maximum impact and PIA cannot do much until the country opens on Monday.

A statement from PIA said that the passengers are being looked after and alternate arrangements for their travel have been finalized. Meanwhile, it is an unacceptable situation and PIA has engaged the support from the Government of Pakistan to take up this matter using diplomatic channels.