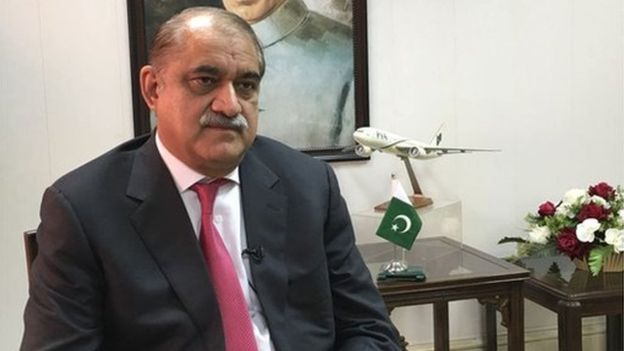 Pakistan’s secretary aviation division Mohammad Irfan Illahi told BBC Urdu that he “feels gulf carries are dumping some capacity in Pakistan.” He was talking to BBC Urdu’s Tahir Imran for an interview and said that he has “Asked legal advisors to look into this matter” and they are working on to develop an “anti dumping” policy initiative.

Pakistani airlines have long complained to government that the open sky policy at Karachi airport and then increased capacity given to gulf carriers is hurting their business and they no longer are in position to compete. Irfan Illahi said in the interview that “if a ticket to London costs 100 pounds and someone is selling it for 70 then there is definitely some sort of capacity dumping going on.”

The secretary aviation also confessed that “it is a fact that domestic airlines are facing competition and they are not being able to compete.” In order to address this he said exhaustive process was launched and everybody in the industry was consulted for that. They all submitted their comments and aviation division and we will invite all the stake holders to a conference where we will present the policy to them.

Irfan Illahi said that these airlines need to work on their efficiency as they have an advantage over other as they can fly people from their city to their destination non stop unlike many other options. Its important that just from UAE there are 4 airlines, emirates, Etihad, Flydubai and Air Arabia are flying to almost all international airports in Pakistan. Apart from them UAE airlines there are Gulf Airline, Qatar Airways, Oman Airways, Kuwait Airways and Saudi Arabian Airlines.

You can read the detailed story on it on www.bbcurdu.com here