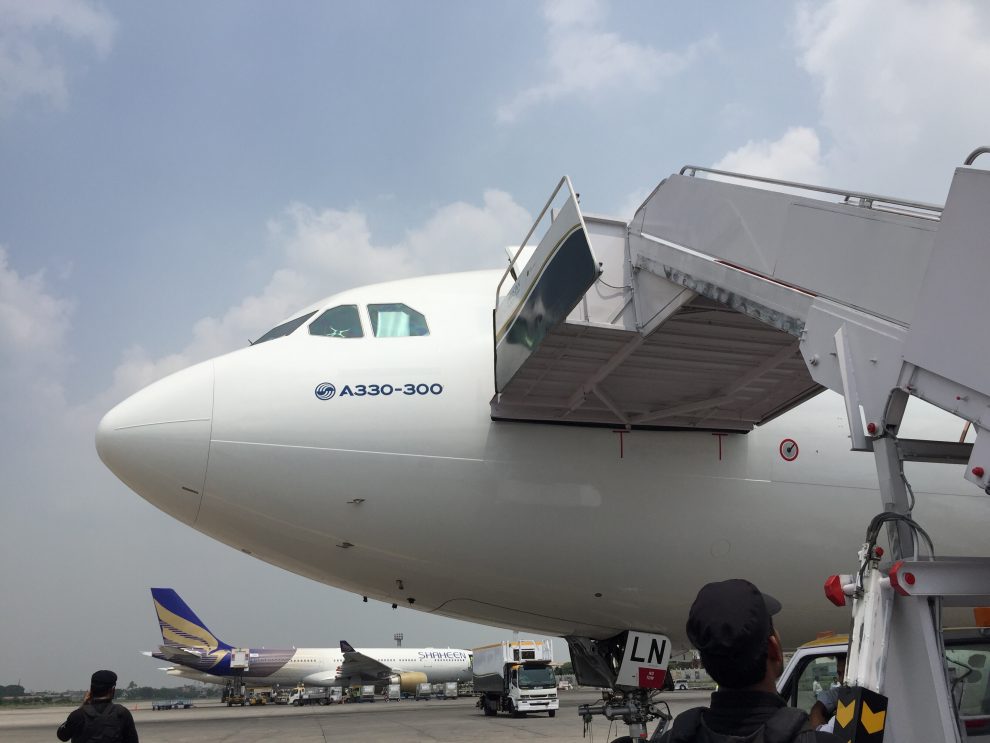 It is the first time PIA has asked very specifically for planes that hint at the airline’s plans to update its product. The requirement list provided says that PIA looking for the following. 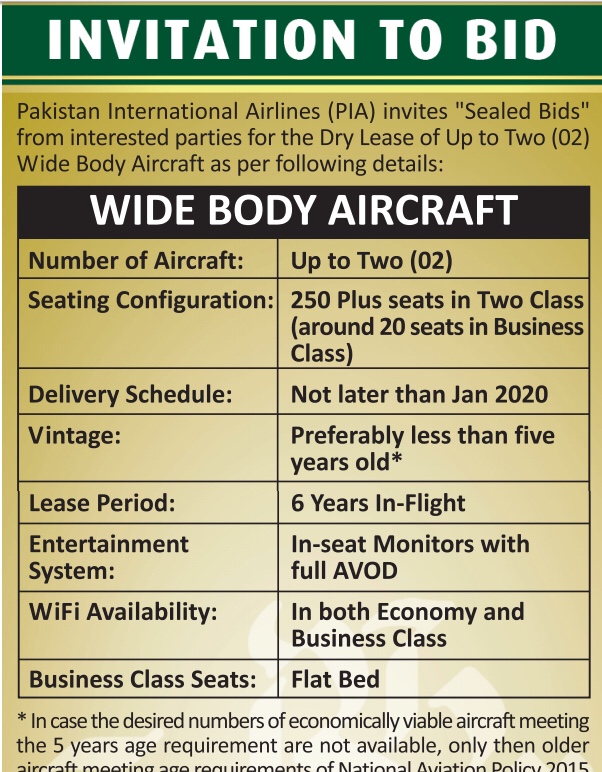 PIA has asked bidders to send sealed bids to PIA by 3 PM Pakistan standard time on 30 July 2018. The bids will be opened the same day at 4 PM PST. 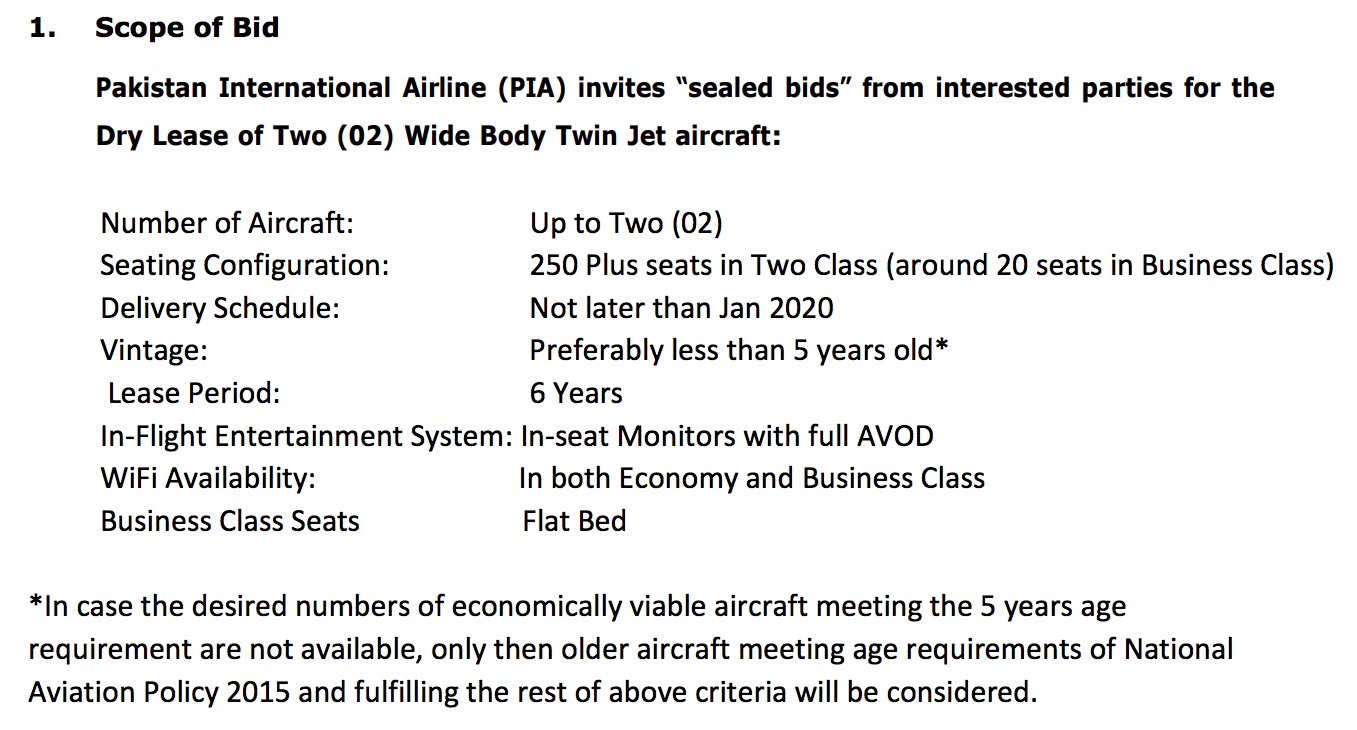 PIA desperately need to have wide bodies that suit its changed business requirements. Its 777 aircraft are too big for its important routes and only get enough traffic on flights to Saudi Arabia. On the other hand, there are routes that prove to be bigger than its narrow-body aircraft Airbus A320 but 777s are too big for those routes. With aircraft that have a better product including IFE, Wifi, flatbeds PIA can remove one of the final complaints many travellers have. Better seats in Busines class, IFE and Wifi.