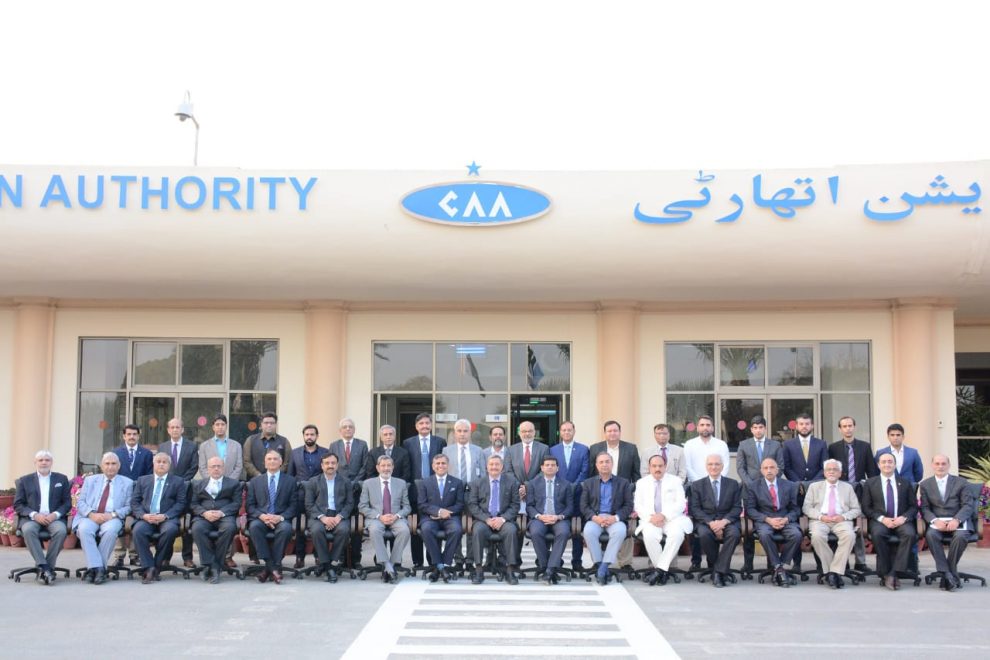 The government of Pakistan has finalised National Aviation Policy 2019 (NAP 2019) in consultation with all stakeholders and will be sent to the Federal Cabinet for approval.

During the course of the meeting Director Air Traffic &Economic Regulation Air Commodore Irfan Sabir gave the presentation highlighting all aspects/features of NAP 2019.

Secretary Aviation/DGCAA Shahrukh Nusrat welcomed the participants and briefed them on main contents of the draft NAP 2019 and invited the house to share their views and comments.

He said that the draft of NAP 2019 was earlier shared with all aviation industry stakeholders to obtain their valuable input for making it a mutually consented document.

The participants of the meeting expressed their satisfaction on the draft and highly appreciated the various incentives, opportunities and benefits offered to airlines and operators.

Airline operators appreciated the proposal of the rationalization of CAA aeronautical charges on domestic sectors and called it a step towards positive growth of aviation sector.
Stakeholders expressed their happiness on the steps promised in the policy draft for the development of Aircraft Manufacturing Industry and Maintenance Repair Organizations.

They also fully supported the proposal of enhancing the validity period of licenses to airlines and general aviation operators from one year to two years.

During deliberation session on the subject policy which lasted for about eight hours further proposals put up by the participants were also addressed for finalization of the NAP 2019.