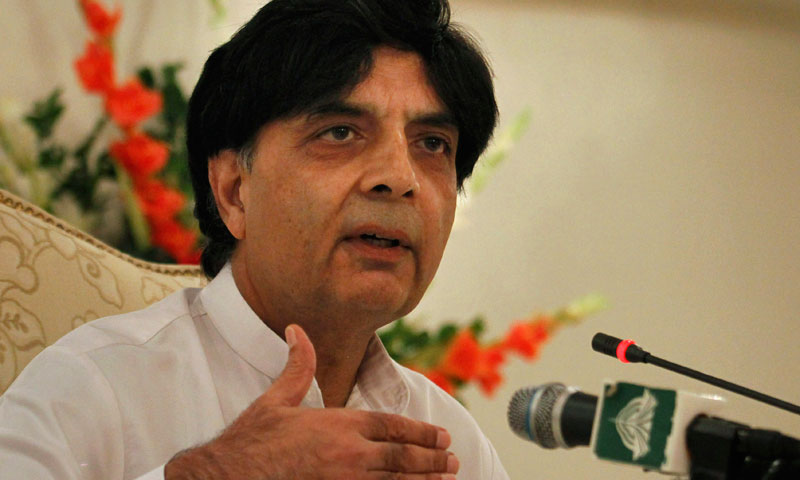 Last night out of the blue a hand written notification appeared on social media which stated that PIA Chief Executive Officer Bernd Hildenbrand’s name is placed on Exit control list. This means he can not leave Pakistan without approval from Pakistan’s interior ministry or from court. This brought the whole plot out in the open that was being cooked from last many months. From time to time leaks from within PIA or certain quarters made their way to media that clearly showed somebody in Aviation division and PIA high echelons is not happy with his appointment.

Interior minister Chaudhary Nisar Ali Khan while talking to media today answered a questions about this matter. Interior minister confirmed that Bernd’s name was placed on ECL some four days ago clarifying our hunch that the same hands behind this drama orchestrated the handwritten notifications to appear and then its photos were sent out to all media.

Interior minister then said something that could only prove further that this whole drama is being fed from the same quarters who are sitting on Bernd’s appointment as CEO and are plotting against him from last one year. Interior minister gave an example that “PIA acquired an aircraft (the Airbus A330 acquired from Srilankan Airlines) on lease rate of more than $8000 US Dollars per hour.” This is understandable but he further added something that only typical babus and bureaucrats could feed him as they all lack basic information. Interior minister pointed out that “a privately owned Pakistani airline is operating an aircraft of similar type with lease rate of around 4000 US Dollars per hour.”

So who is the idiot who thinks they can get an almost brand new plane with all the latest facilities for half the price provided in the market. We know the answer these are the babus who have been destroying PIA from decades and are now fooling the politicians by feeding stupid information. And we wonder was it just Bernd who decided getting the planes? Where are the check and balances? Where was the aviation division? Where were these all because we very well know that PIA can not buy a screw without involving ton of officials let a lone a bloody jet. So if they are so much into doing justice hope they will go to the PM house as well because PIA premier was rushed and the plane was sanctioned because the Brand Nawaz Sharif team at the behest of PM Nawaz wanted to launch the brand Nawaz Sharif. Hope the PM Knows what is being done under his nose.