Every Pakistan is an aviation expert, armed with a mobile phone, followed by a media that is high on the fake news, there is surely an appetite for cooked up stories. That is exactly what happened with Mr Asif Siddiqui who was travelling to Sukker on a PIA plane. He frequently travels on PIA because only PIA provides vital connections to areas that are not accessible easily. But he calls this experience “unfortunate” so nobody is stopping him from taking a bus or train from Karachi to reach Sukker. The flight in question is Karachi to Sukkur flight PK 536, an ATR. During the flight according to the writer, he saw “some liquid dripping out of the engine and near the wing.” As a concerned passenger, he called the crew who then decided to observe it. The crew thanked the concerned passenger and informed the captain who came and “sat in the seat and shook his head and left” and thanked the passenger. 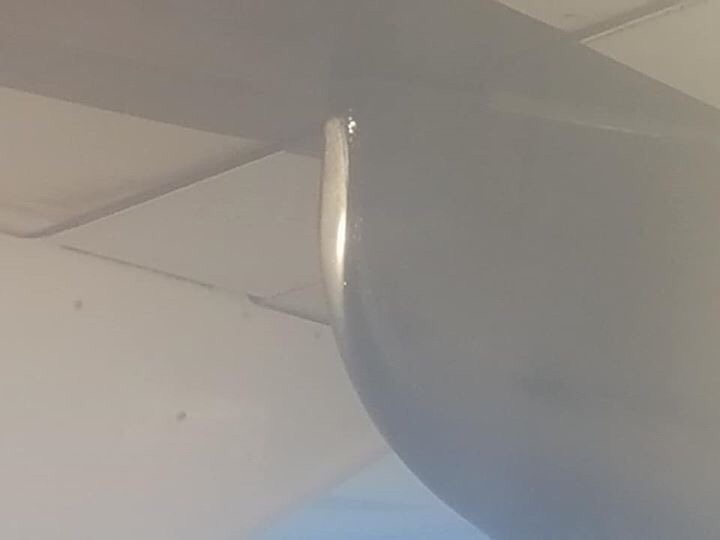 Now Mr Asif Siddiqui, the only person in the world who can calculate the speed of a plane while sitting in it. We at Pakistan aviation are very curious to know about this magical power. Because if that is proved Mr Siddiqui is in the wrong profession he should join an airline. So Mr Siddiqui observed, “that speed of the plane was increased which resulted in us reaching 15mins before the ETA”. Now we would like to first challenge this. The genius passenger is trying to imply that the pilot rushed the plane as it was a car to reach Sukker quickly. Actually, on the ATR there is no way a pilot can increase speed as it is already flying on the max cruise speed so this assumption that the pilot increased speed and landed is absolutely not correct.

Now here comes the juicy part that we suspect is the real cause of the rant posted on Facebook. Mr Siddiqui says the plane landed and he got off the plane, where the ground staff, who was informed earlier (again judgment because the engineers are always waiting for the plane because they check the plane thoroughly. And the pilots also go around to double check and fill a checklist) brought the ladder for inspection.

Mr Siddiqui goes on to say that one of the crew members came and showed them from where the liquid had been dropping. Mr Siddiqui went to the engineer and said: ” maray pass video hai aap chahain to khud daikh lien (I have video if you want you can view it yourself)”. In response, the engineer “unexpectedly burst out” and said: ” kuon aap ko geo main video daini hai social media pe chalani hai? aap ne video kuon banai? (are you going to give this video to Geo or put it up on social media? Why you made the video?)”.

Mr Siddiqui further says “instead of being concerned about the complaint he was more concerned about my video.” Which is a genuine concern because it is illegal to make videos. Then the passenger makes another baseless claim that these are “old dated ATRs are still in function regularly with no concern for human lives”. Maybe he missed checking the data about the age and condition of these planes that are available online and accessible easily. And then he takes a jibe on the religious sentiments of the PIA by ridiculing their religious sentiments “no amount of goat sacrifices can save PIA ATRS”.

What experts believe on this? We checked the debate on the Facebook page “Plane Spotters Pakistan” where an experienced pilot wrote that “it could be condensation streaming off the wing. Did this happen throughout the flight or just during cruise/descent? You would be surprised how much liquid there is in a cloud and also how much ice this aircraft picks up which melts at lower levels.”

Another experienced pilot Sheikh Talat Mahmood said: “I am a pilot my self and have flown in icing conditions, it just doesn’t melt like that and why did not the Captain explain the simple phenomenon to the concerned passengers?”
To this, the pilot responded that he is “curious to know how the passenger gauged the increase in speed of the aircraft after he reported this? Did he have a GPS or access to flight data/information onboard? Aircraft routinely arrive earlier/later than scheduled due to various factors ranging from wind strength and direction to etc.”
He further elaborates that “posts, where persons make observations that are impossible to corroborate, are usually more imagination than anything else. So if someone could ask Mr Asif how he knew the speed of the aircraft and let me know please.”
Another pilot who regularly flies the PIA ATR aircrafts said “if it was fuel then how come the aircraft was able to land at Sukkur and even return back to Karachi? Had it been a fuel leak pilots would have known it from fuel gauges in the cockpit and the compulsory routine fuel checks every few minutes and that would have made them cut fuel supply to the respective engine and therefore a flight on the single engine.”
He further elaborates “another such liquid on board whose line passes through the wings is the hydraulic fluid but had it been hydraulic leak the aircraft would not have continued to Sukkur and rather landed back at Karachi which is a maintenance base.”

Our verdict on this whole story is that the PIA staff unintentionally hurt the ego of Mr Asif Sidiqui and he felt insulted. And there is no best way to return the insult then taking the opportunity to ridicule the airline on social media. Anyway, this is a slanderous video on social media, laced with safety concerns and baseless accusations and assumptions. That is exactly why we believe PIA should take such people to task for slander and bringing the airline to disrepute.
Finally, why are we so sure that this video has what Mr Asif claims it to be?

Here is statement by PIA in English and Urdu

PIA Spokesperson has termed the news item regarding fuel leakage and spark glowing under its wing as fake and misleading. PIA ‘s flight pk536 on 5th December flying on karachi-Sukkur route was shown in the video. He said the matter was investigated very minutely and no leakage was found anywhere. Spokesperson said that the video shown in the news bulletin of a tv channel was also examined carefully and it was found that there was mere illusion in it. The spark termed by a passenger who made the video was actually not a spark but the sunlight and the the condensed water or water vapours were found which has an illusionary effect mistaken as fuel leakage by the valued passenger. He said that had it been any liquid dropping from the fuel tank it would have splashed backwardly as the aircraft was moving forward. This is certainly unbelievable. Furthermore the valued passenger tried to create chaos and unnecessary panic during the flight. The other passengers raised objection upon his behaviour and asked him to refrain him from creating unpleasant situation during the flight. Passenger’s attitude was very objectionable. Spokesperson said that PIA never compromises on safety issues and always keeps the safety of passengers as the top priority. PIA’s all aircraft are safe to fly and quality is assured at every stage of operation, the spokesperson concluded.