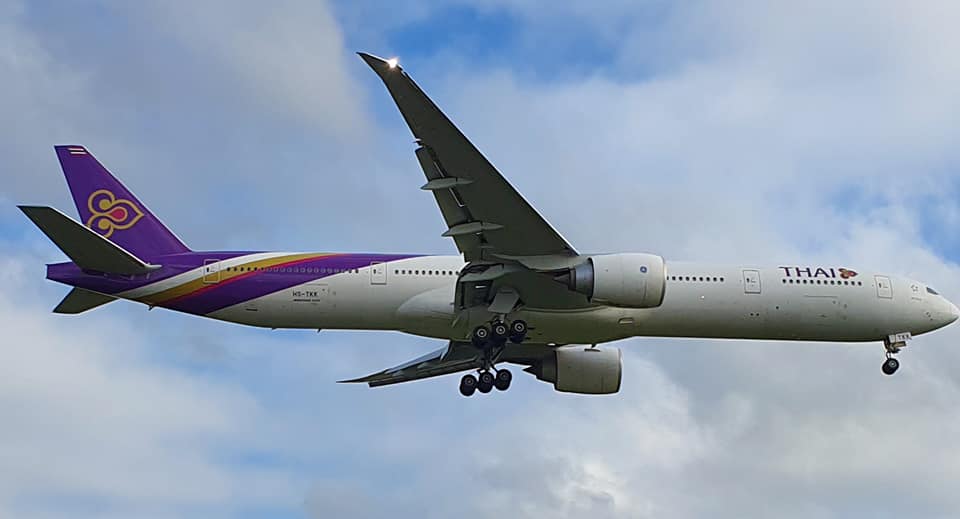 Thai Airways will resume flights to Islamabad and Lahore from 16 July.

Thai Airways International has announced the resumption of its flights to Lahore and Islamabad from 16 July 2019 after the absence of almost over 4 months. Thai Airways stopped flights to Pakistan after Pakistan closed its airspace for all flights on 26th of February after Indian Airforce violated its airspace and carried out an attack inside Pakistani territory. Thai Airways will use one of the three routes open for overflights to enter Pakistani airspace from South. That is why it has upgraded the equipment from Airbus A330s to Boeing 777-200/300

Thai Airways flight TG 350 from Islamabad will be operated 3 times a week every Monday, Wednesday and Friday. While flight TG 346 from Lahore will be operated 4 times a week on every Tuesday, Thursday, Saturday and Sunday. Thai Airways serves as a key link between Pakistan and South East Asia by providing connecting flights to Pakistan who travel onwards to Australia, New Zealand, Malaysia, Indonesia, Japan, Korea and even China.

Pakistan had on Feb 26 fully closed its airspace following the violation of its international boundary and airspace by Indian fighter jets. In March, it partially opened its airspace but kept it banned for overflights. Thai Airways resumed its flights to Karachi soon after by operating additional flights as well providing additional capacity on the route. Majority of Pakistani who suffered the most were either Thai passengers or were passengers of PIA or Malindo Air that stopped flights to Lahore airport from Kulala Lumpur and Bangkok.